Greenhead College’s Music Department has recently been awarded a Music Mark in recognition of their ‘commitment to providing high quality music education for all children and young people’.

The department, consisting of three passionate musicians; Simon Jacobs (Head of Department), James Reevell and Brian Talbot, received their certificate following a nomination for the award by Musica Kirklees, a Music School based in Huddersfield who have had the Greenhead College Music Department on their list of ‘Outstanding Providers’ for over 5 years.

With the significant decline of music in schools and colleges nationally, Simon, James and Brian are more passionate than ever to keep music education alive. They go above and beyond to provide first class musical education, plus a whole host of enriching musical opportunities to Greenhead College students and beyond.

A recent addition to the Music Curriculum at Greenhead College is a BTEC in Music Performance. This course will commence in September 2019 alongside the existing music courses; A Level Music and A Level Music Technology, catering for an even wider variety of musical interests.

Their ensembles regularly have national success, performing in the National Festival and the Mrs Sunderland Festival plus at many other local concerts and events.

Students at Greenhead College have excellent things to say about the department including:

“The Greenhead music staff and facilities are top notch – there is a great relationship between students and staff that is really encouraging and productive. The opportunity to play or sing in the numerous ensembles and perform in the college concerts is also a great addition!”

“Studying Music at Greenhead was a great decision. I learnt an incredible amount in both Music and Music Technology. There is a fantastic dynamic between staff and students which facilitates everyone becoming their best musical selves. The rich extracurricular aspect of the department also means that anyone with a love for making music can get involved and perform in numerous concerts.”

Over the past few months, we’ve been working on our Carol For Yorkshire; an exciting new competition that was run by Greenhead College in collaboration with Musica Kirklees, which saw students from schools across the district compose their own Charity Christmas Carol.

The winner was to be released in aid of the Make-A-Wish Foundation; a children’s charity who make the wishes of seriously ill children become reality.

The carol will be released on Monday 3rd December 2018, and will be available as a YouTube video and stream/download on all online music services. Visit http://www.carolforyorkshire.com to find out more; please support us by donating to the Make-A-Wish Foundation.

We had a great time at Marsden Jazz on Saturday! We played at the Coach House Healing & Wellbeing Centre (http://www.coachhousehealing.co.uk/) and really enjoyed ourselves. A quick video is here, and recordings are coming soon on our SoundCloud. Get in touch or head over to http://www.flatcapbrass.band to find out more!

We had a great time a couple of weeks ago at The Nook in Holmfirth. We’re playing again this week on Sunday 30th for Holmfirth Food and Drink Festival in the Towngate area around 3pm. Have a look at our video below! 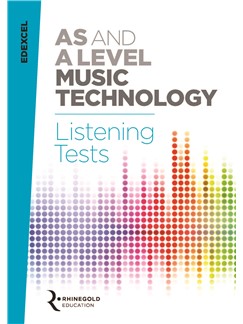 We’re getting excited about our gig at The Nook in Holmfirth on Thursday.

The Coach House Healing & Wellbeing Centre are proud to be a part of the Marsden Jazz Festival and present an evening of entertainment with licensed bar on Saturday 13th October. Featuring the fantastic “Flat Cap Brass”, a Funk Brass Band from Huddersfield, a talented bunch of professional musicians, who can be identified by their flat caps and range of horns and hooters. This is a limited ticket only event for more information please contact the Coach House on 01484 844467 or coachhousehealing.co.uk

Head over to the Marsden Jazz site to find out more.

Flat Cap Brass are playing a free gig at The Nook in Holmfirth. Please come along and support us on Thursday 6th September!

I’ve been spending some time over the summer revamping and adding new songs to my wedding saxophone sets. Please get in touch if you’re looking for a wedding saxophonist. I can provide music for up to 3 hours during your special day, normally for ceremonies, drinks receptions and wedding breakfasts. I am committed to personalising your music for your day and have a broad repertoire, encompassing jazz standards, piano pop covers and well known tunes to help create the perfect atmosphere. I can also take requests for your favourite songs. Although based in Manchester, I travel across the country. The picture above was taken in July this year in Holt, in Norfolk.

Final couple of pictures from the weekend around #keswick #latrigg
Lovely afternoon in the lakes
Lovely walk to the pub in the lakes for the night
From a few weeks ago…
Quiet bank holiday Monday walk after a busy weekend of gigs
Excellent end to a busy couple of days with @flatcapbrass playing @chowdownuk and for a wedding @eastriddlesdenhallweddings #drumandbrass #flatcapbrass #syos
James Reevell
Blog at WordPress.com.
Loading Comments...