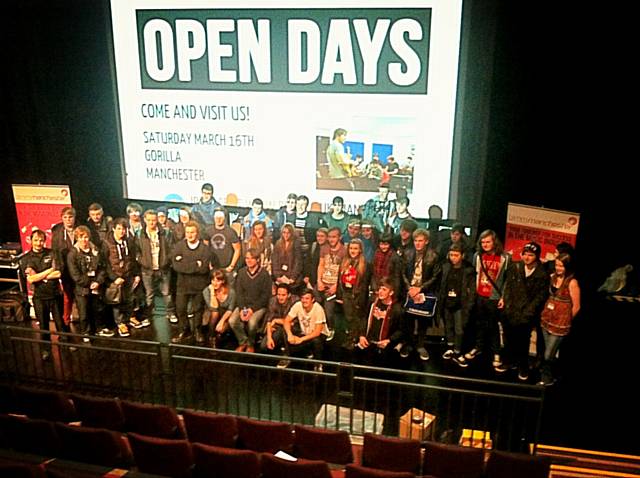 The bass guitarist – who teaches at BIMM and is famous for being in hit 90’s band Ocean Colour Scene, not to mention performing with the likes of Paul Weller and Amy Winehouse – spoke to Rochdale students about studying music in higher education.

Staff and students were also treated to a musical performance, to show off some of the projects that Damon and his students are currently working on.

BIMM is a prestigious modern music college which specialises in courses taught by top musicians – and is due to open in Manchester this September, with outposts already in Bristol and Dublin.

James Reevell, Music Teacher at Rochdale Sixth Form College comments: “Most of our students are familiar with Damon Minchella’s work – so he’s a real inspiration to the aspiring musicians in our class. The session was informative, great fun, and really helped our students to come to a decision on whether studying music beyond their A Levels might be an option.”

View all posts by James